"A world-class organization that provides the Permian Basin affordable entertainment that is fun, family-friendly, and gives back to the community."

The West Texas Warbirds are a professional Arena Football team located in the Permian Basin of West Texas. They play their home games at the Ector County Coliseum in Odessa, Texas. The Warbirds are now proud members of the Arena Football Association; the league will play its inaugural season under the new association in the 2022 season. In 2021, the Warbirds went undefeated averaging almost 70 points per game and giving up less than 35 points per game as they claimed a Championship in their inaugural season! So, if you're looking for high-flying family fun look no further than a Warbirds game on a Saturday night between April and August! The Warbirds were founded in October of 2019 by Kertis Sports & Entertainment Group. As the home of Friday Night Lights, the Permian Basin and West Texas made perfect sense when choosing the home of the Warbirds. The organization is more than just football and prides itself in making the entire community a better place to live in. Our vision is "A world-class organization that provides the Permian Basin affordable entertainment that is fun, family-friendly, and gives back to the community." We pride ourselves in being a family-owned team that will be a staple of the community for many years to come. 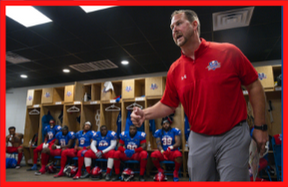 Coach Smith is entering his second year as the Head Football Coach of the West Texas Warbirds. Coach Smith is coming off an undefeated season and leading the Warbirds to its first League Championship in the inaugural season for the Organization. The Warbirds lead the Lone Star Series in Passing Offense and finished first in points per game. The Warbirds also lead the league in takeaways and the fewest points allowed by a Defense in 2021.

Prior to becoming the Head Coach of the West Texas Warbirds, Smith was the Assistant Head Coach and Offensive Coordinator of the Rio Grande Valley Sol, formally of the X-League, in 2015. Smith helped lead the Sol to a regular-season championship and an appearance in the X-League Championship game in 2015. The RGV Sol led the X-League in passing offense and finished first in points per game during the 2015 regular season. 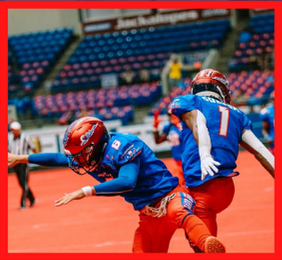 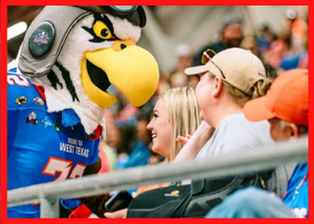 Contact us to have our mascot Top Gunner or one of our players at your birthday, party, or special event! Go to our website to fill out our forms and leave more information. After your event, you will receive candid photos of attendees and mascot/player.
Watch for our official kid's club coming soon!

PROUD MEMBER OF THE ODESSA CHAMBER OF COMMERCE

Now expanding to several others across West Texas!

Have you considered supporting the West Texas Warbirds? We would love to have you as one of our sponsors! We have tons of opportunities to get involved; your name could be on our official game day balls, our uniforms, or even on our playing field. Daily meals, employment, and entertainment are other ways we look for help to support our players. Reach out to one of our communication officers today to schedule an appointment and write up a proposal! We believe it is very important to help out our community and working together is one of our top priorities!

0
Your Cart is empty!

It looks like you haven't added any items to your cart yet.